In the Oscan language, a language used by the archaic populations of central Italy,
IRPO means wolf and, according to legend, the Irpini chose precisely this incredible animal as a totemic symbol of strength, empathy and collaboration.
Each wolf within its pack plays an important role and works for the good of all.
The movement of wolves towards the goal is an ensemble dance in which nobody is left behind and each member contributes to the achievement of a common goal.
The wolf still represents the green Irpinia, a place where the extraordinary distillate created by the inspiration of the Antonellis Distillery comes to life to preserve the flavours and scents of nature sweet and relentless.
As with wolves, the shared success lies in the success of a group in achieving a goal, and it is precisely from the collaboration that this project conceived and coordinated by Andrea Basile, BasileADV was born. The fonts, calligraphy and design created by Giuseppe Salerno and Paco González, Resistenza, instill charm on the labels produced on paper of the highest quality.
The golden plates distributed by Luxoro and printed by the printshop La Commerciale make the ancient and fascinating characters, features and letters shine on the dark background.
The 200 ml bottles produced by Vetroelite wear the product brand with elegance and boldness, thanks to the precious Arconvert adhesive papers.
Concealed on the back of the label, an evocative illustration by Andrea Longhi recalls the power of the animal source of inspiration for this venture.
Just like in a distillate, each person involved has added their own drop of knowledge to make this extraordinary project unique, told by the photographs taken by Diego De Dominicis, d/dedo Studio, by the packaging produced by Grafica Nappa, by the illustrative brochure printed by the printer Lucarelli on paper supplied by the Fedrigoni paper mill, by Alessio Morando’s texts and by the presentation and promotion of the product curated
by Agostino Cefalo.
The end result is a combination of creativity and territorial identity, it is the fantasy that meets artisan skills and moves in the constant search for excellence in the subtle space that separates tradition and magic. 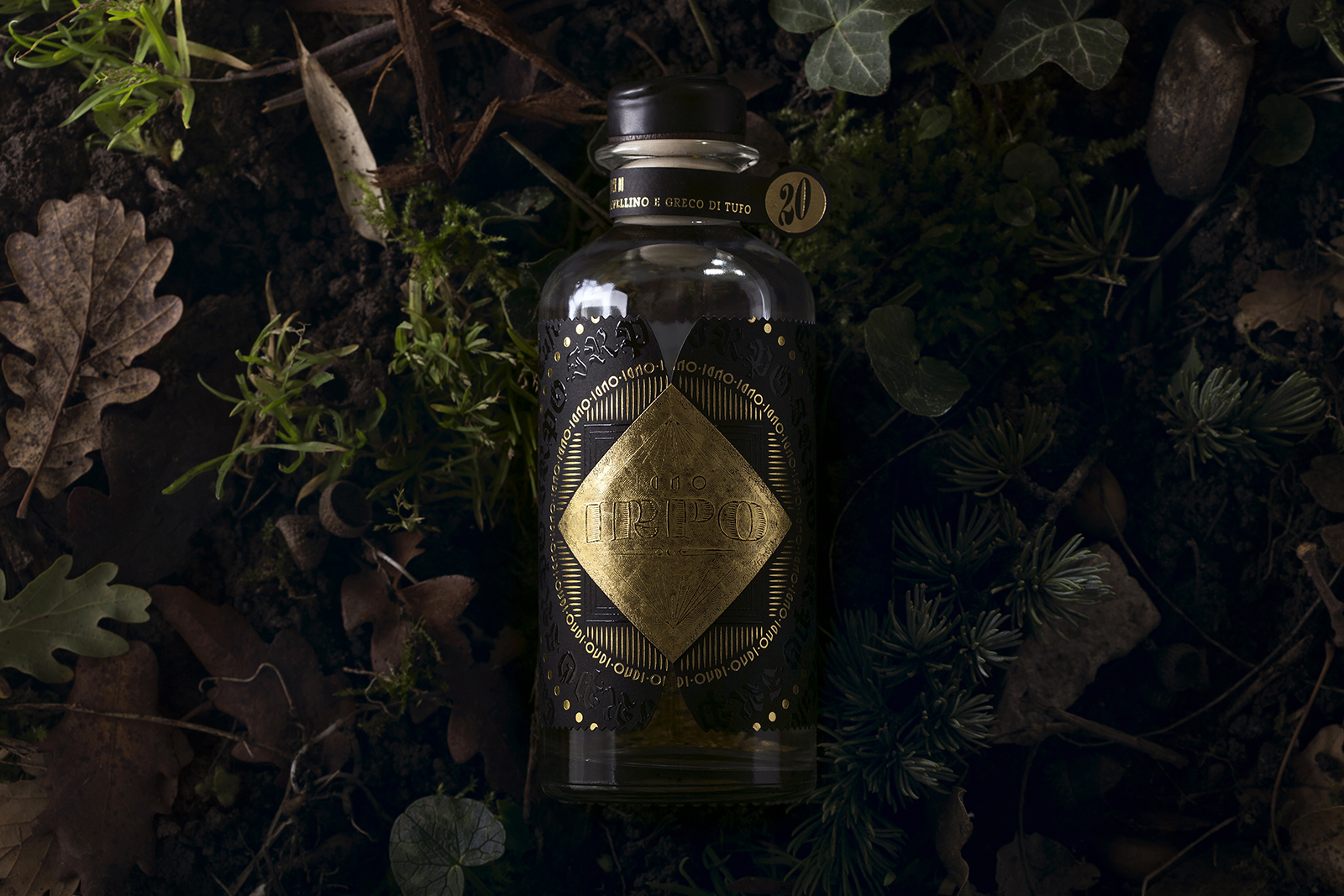 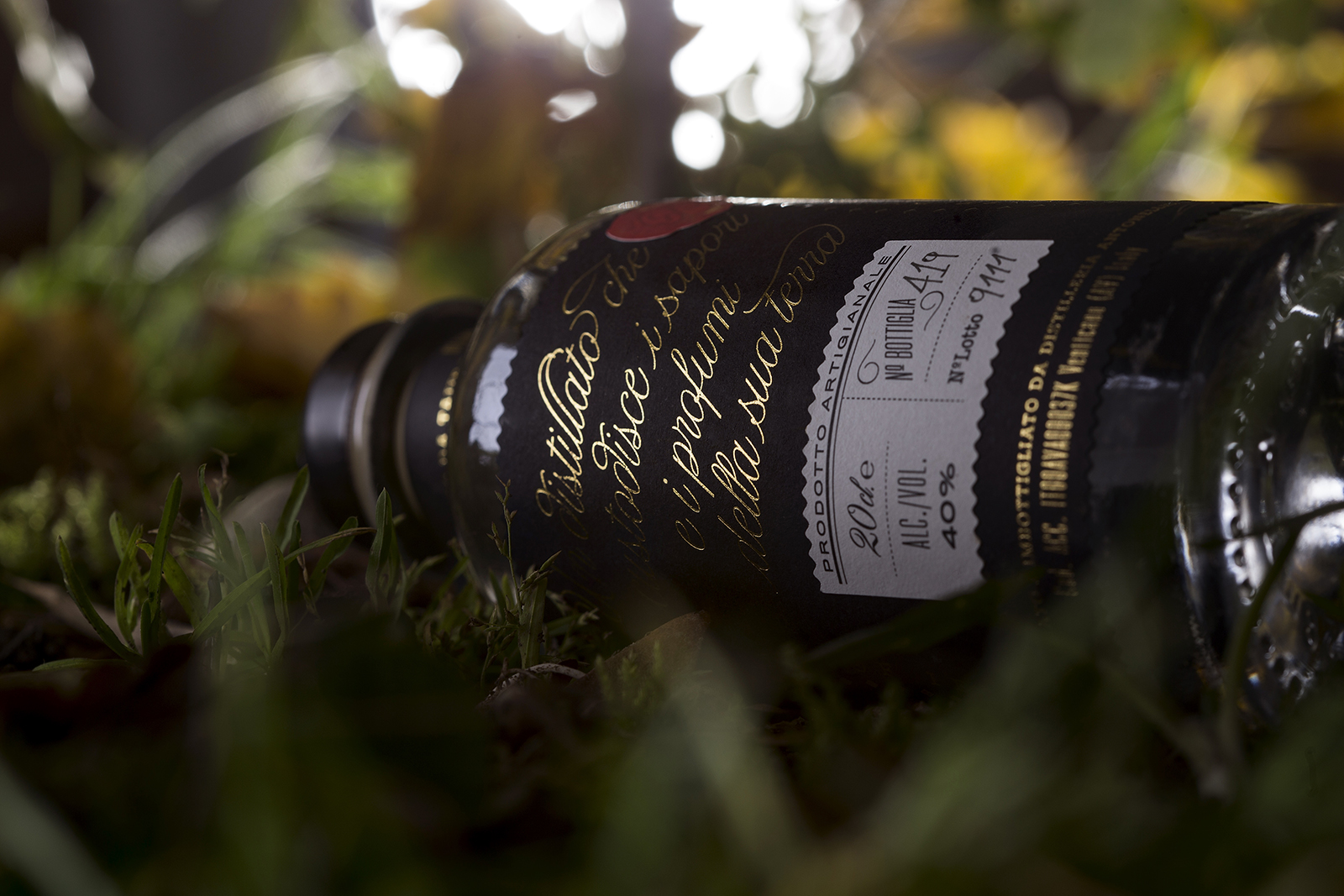 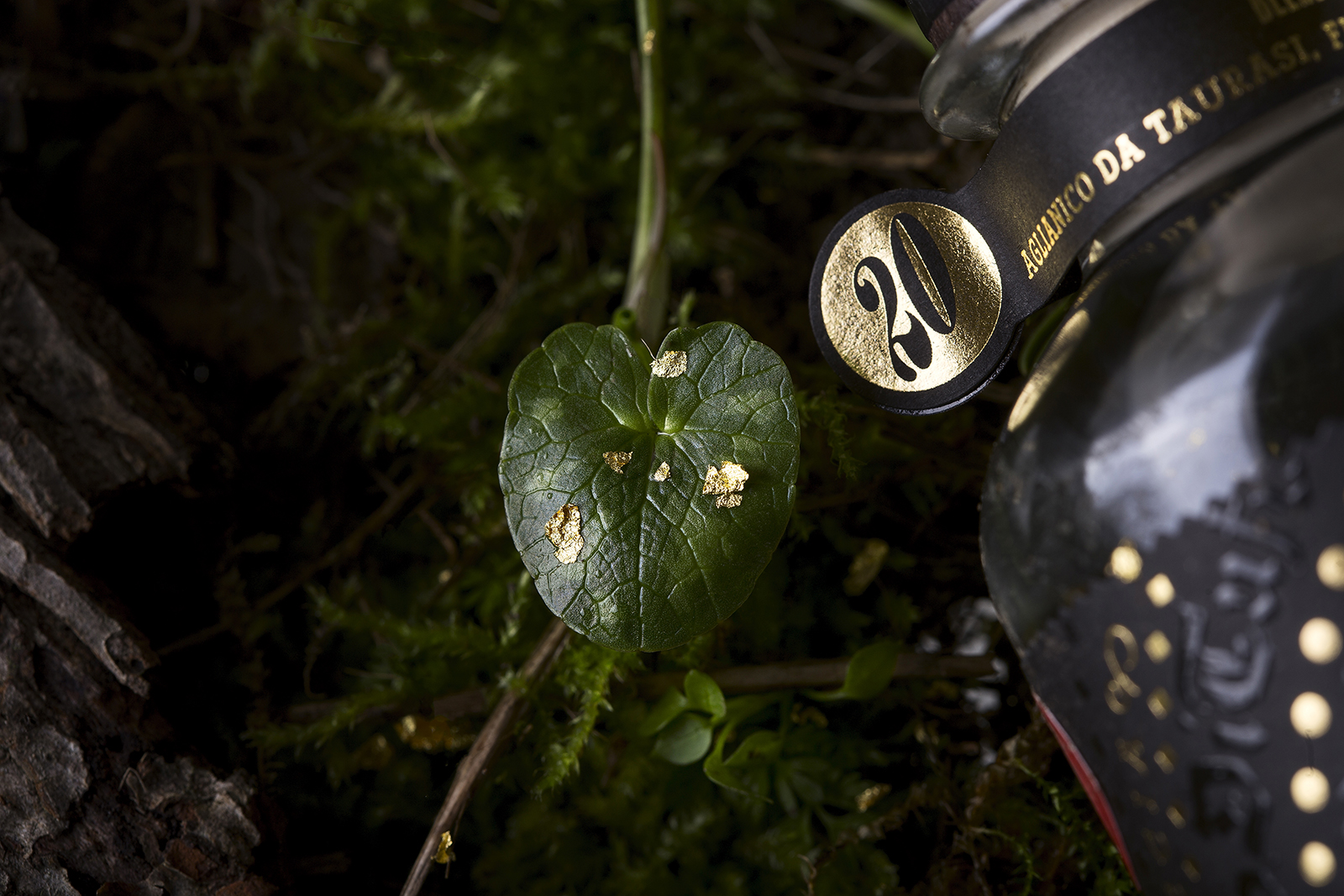 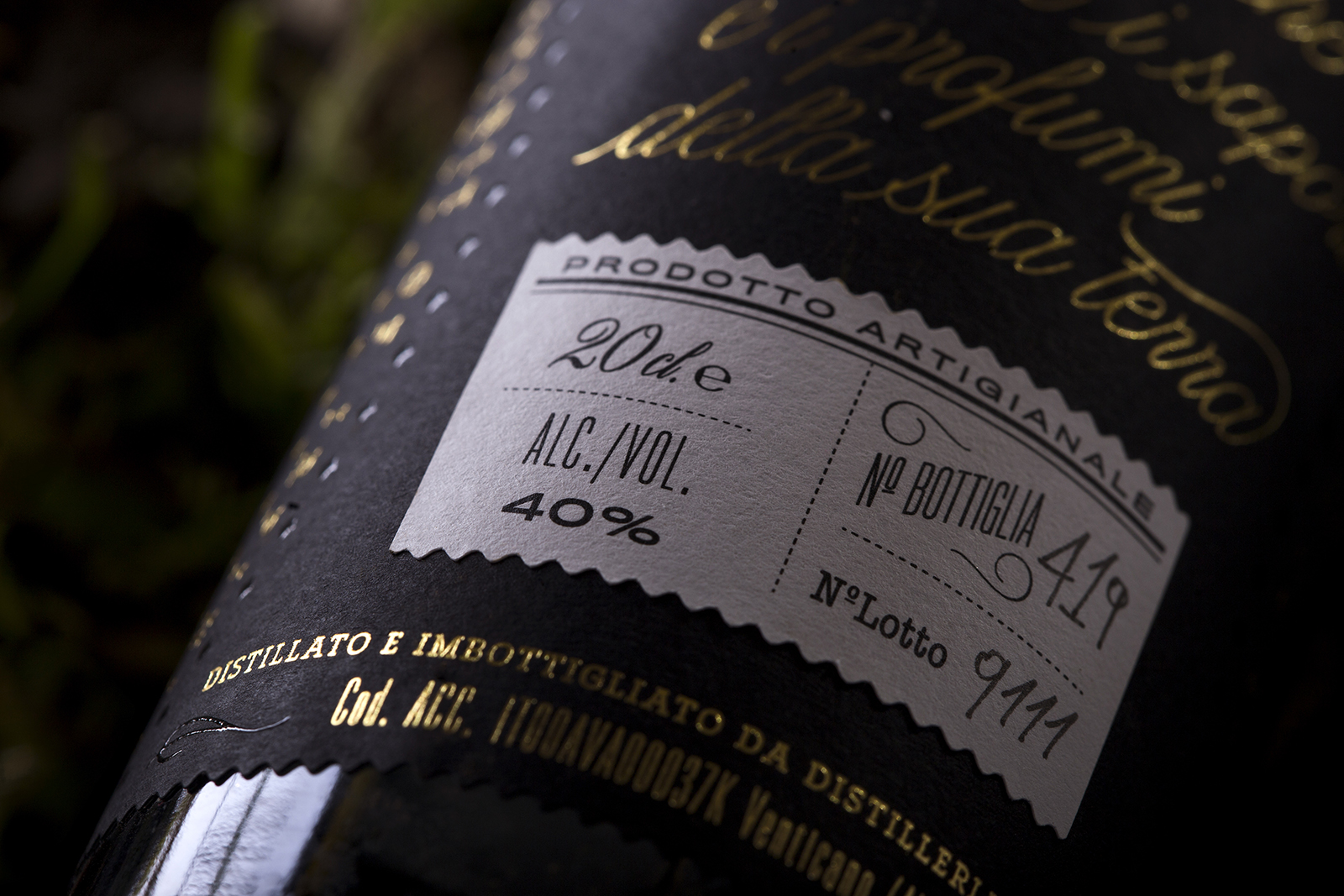 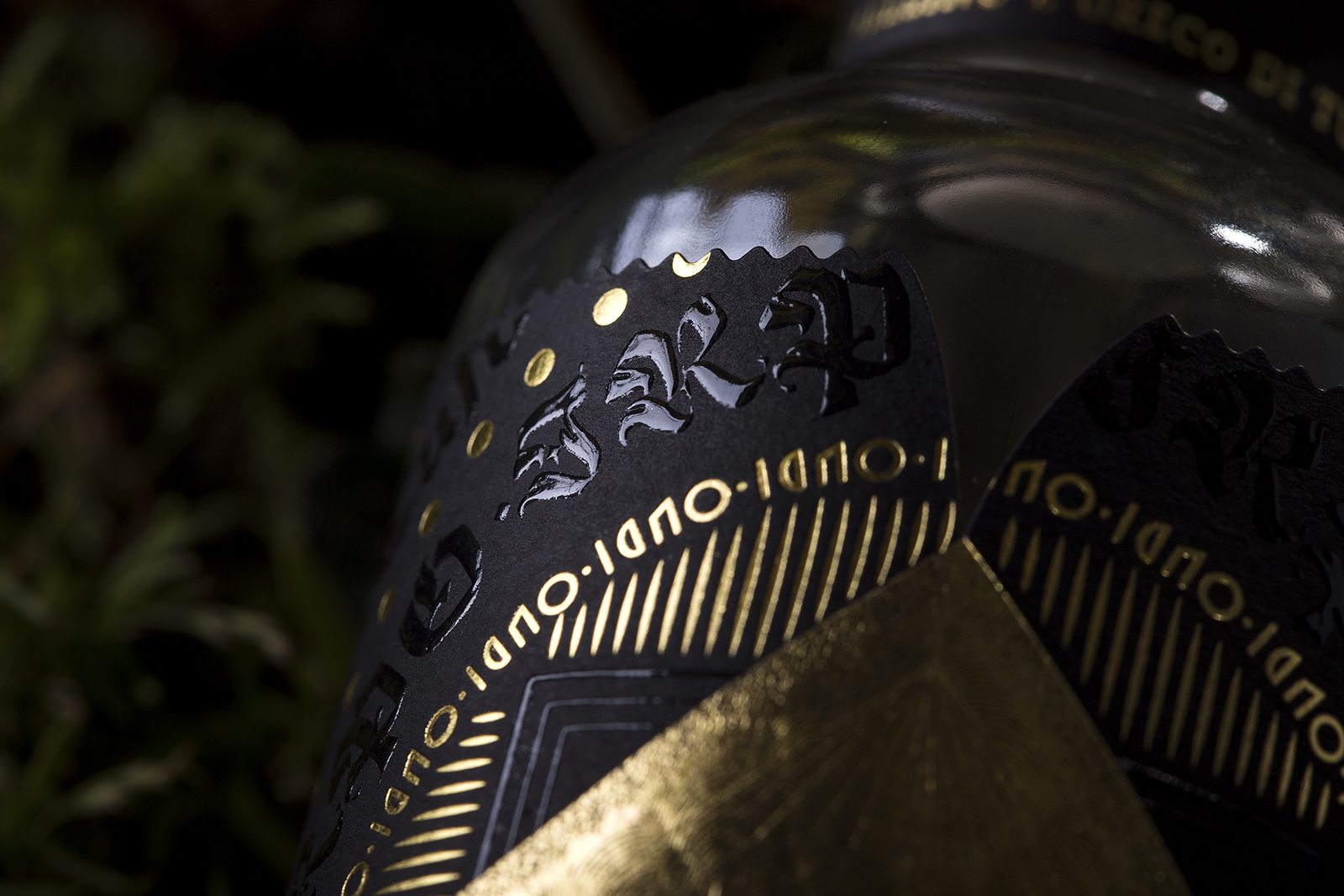 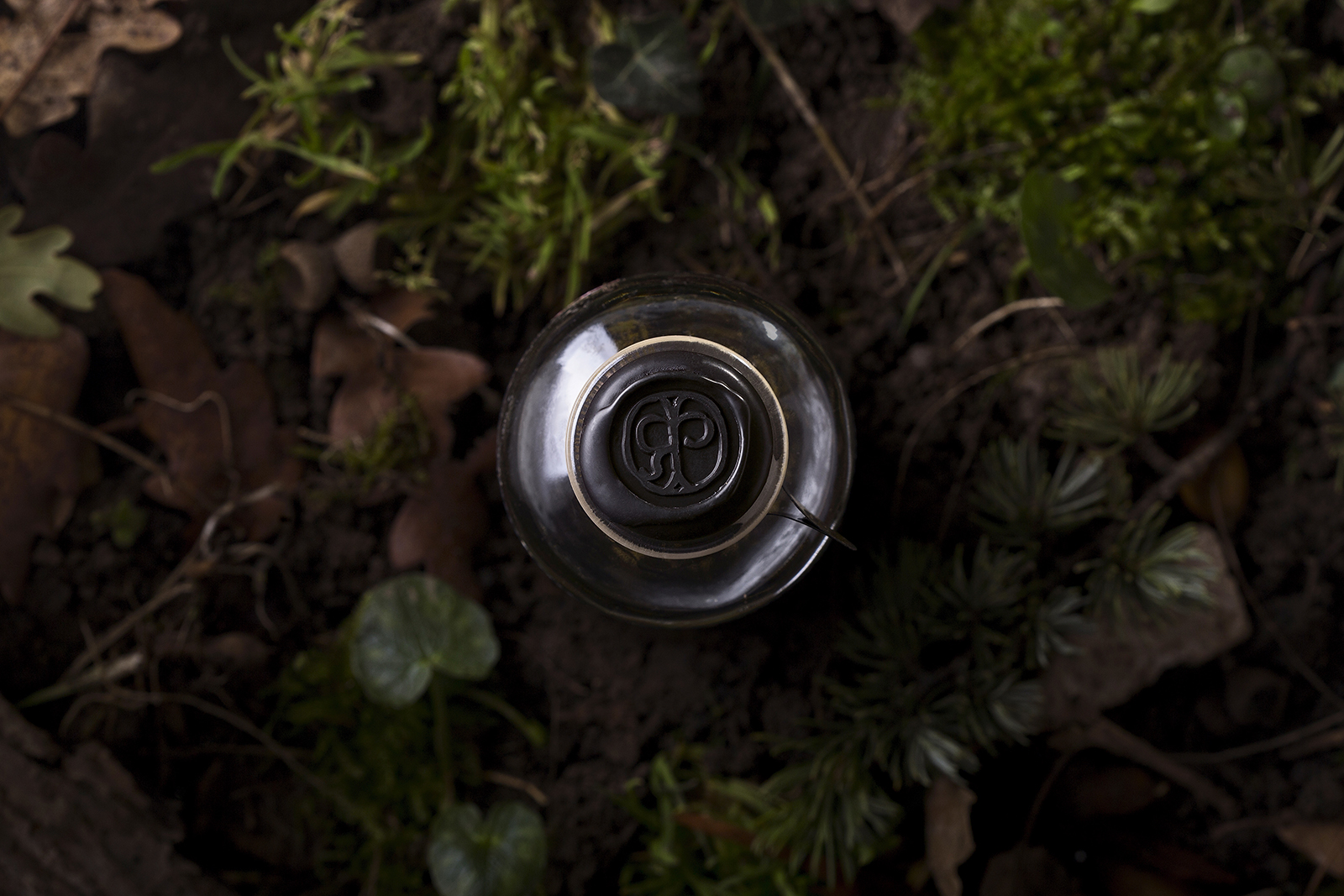 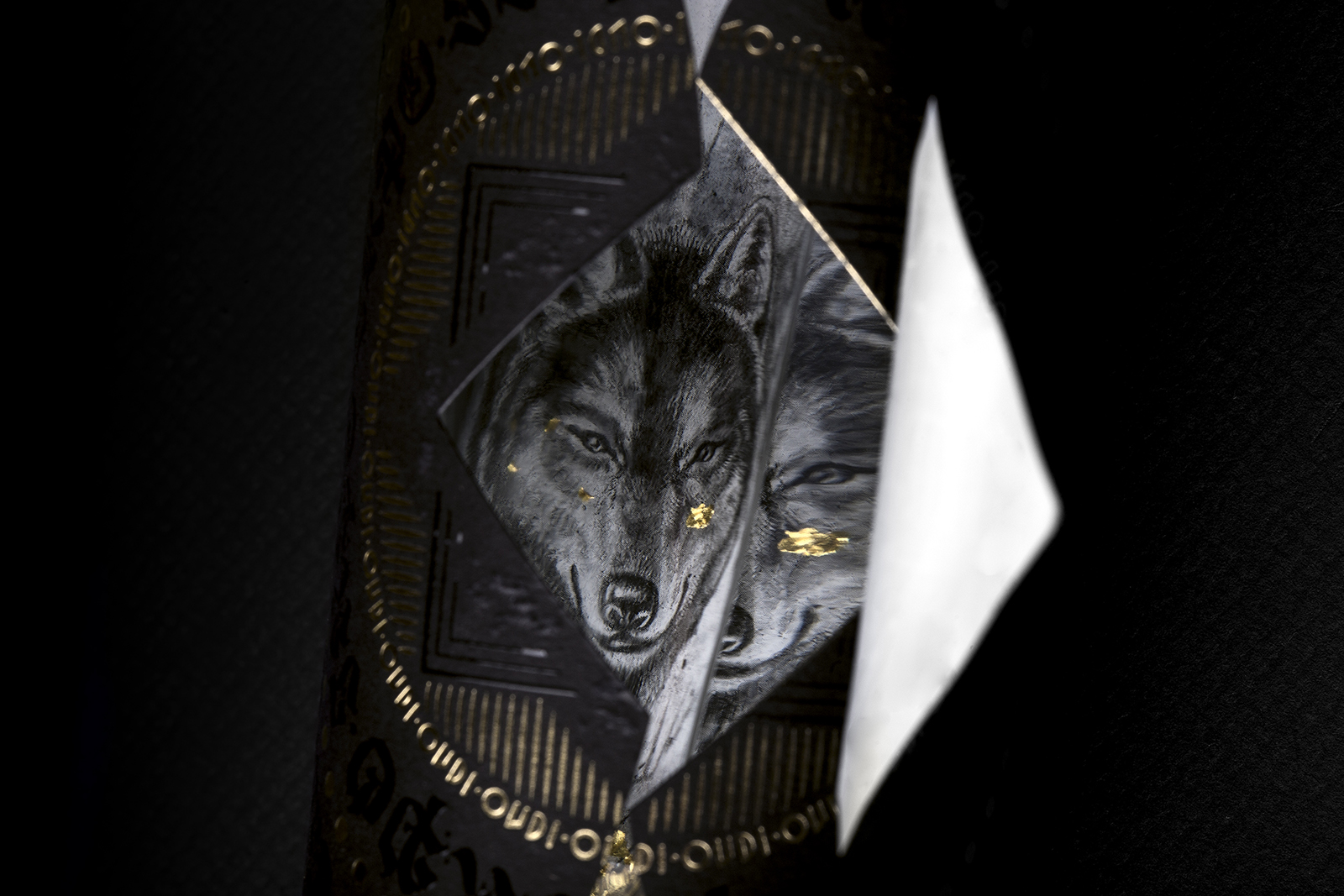 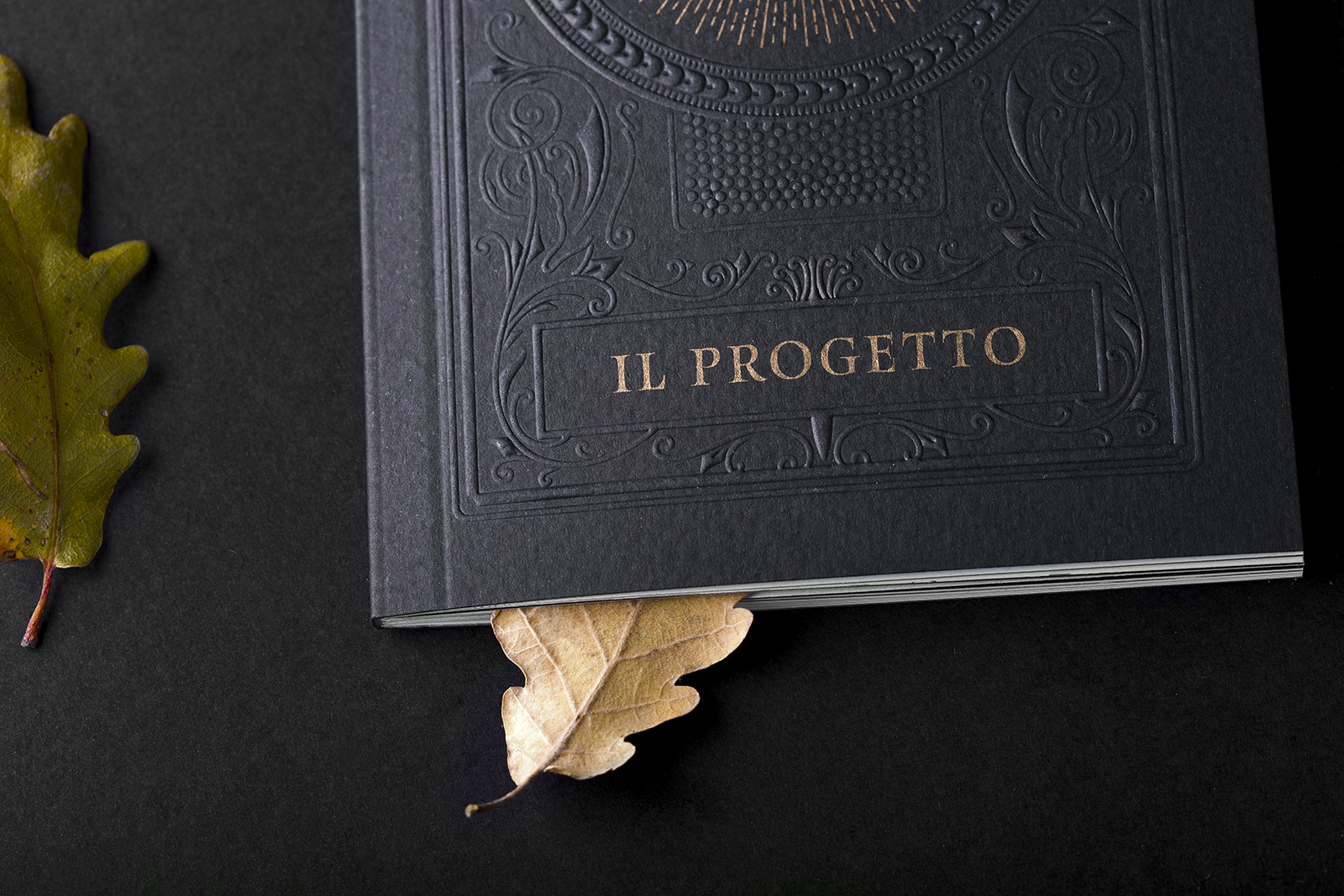 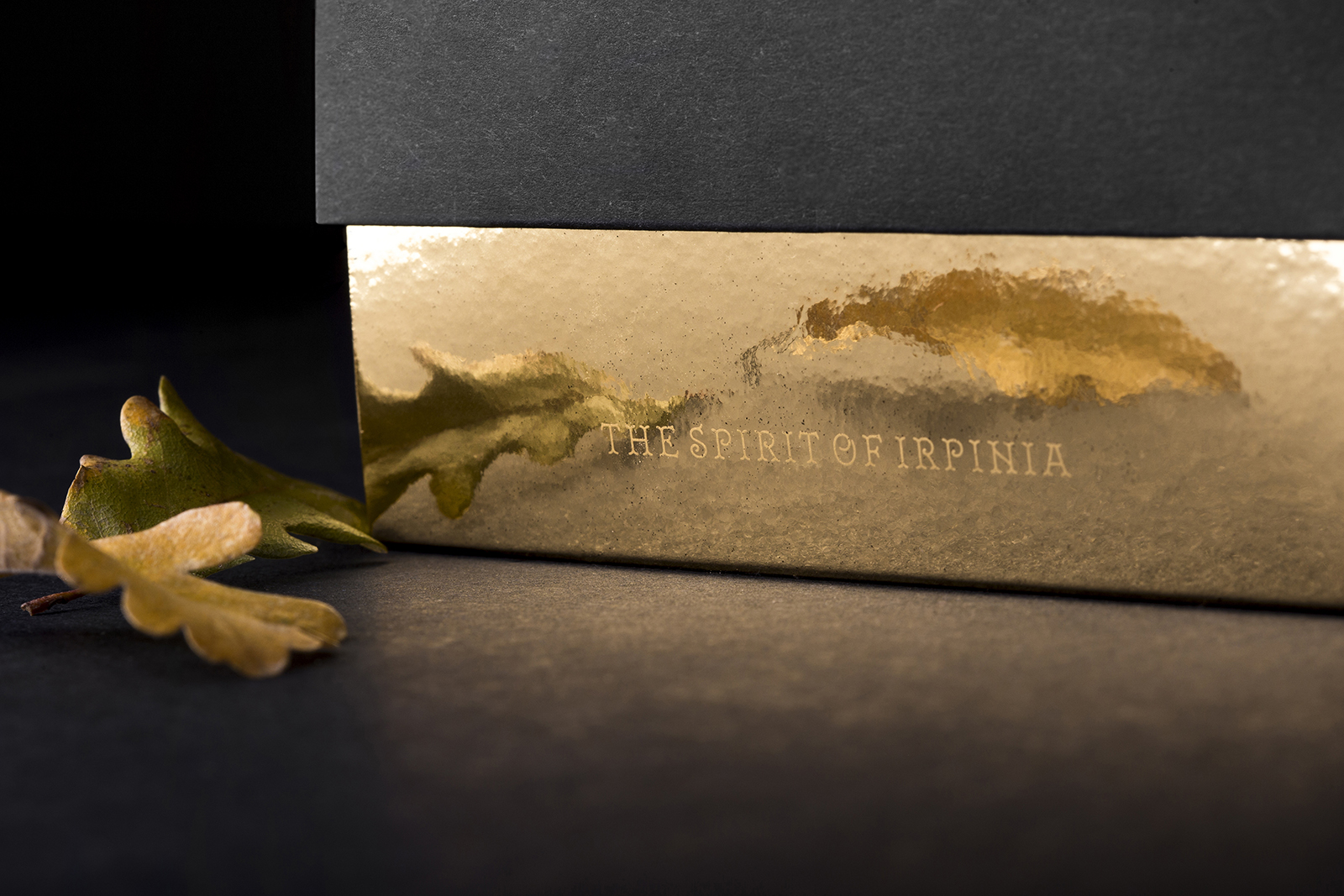 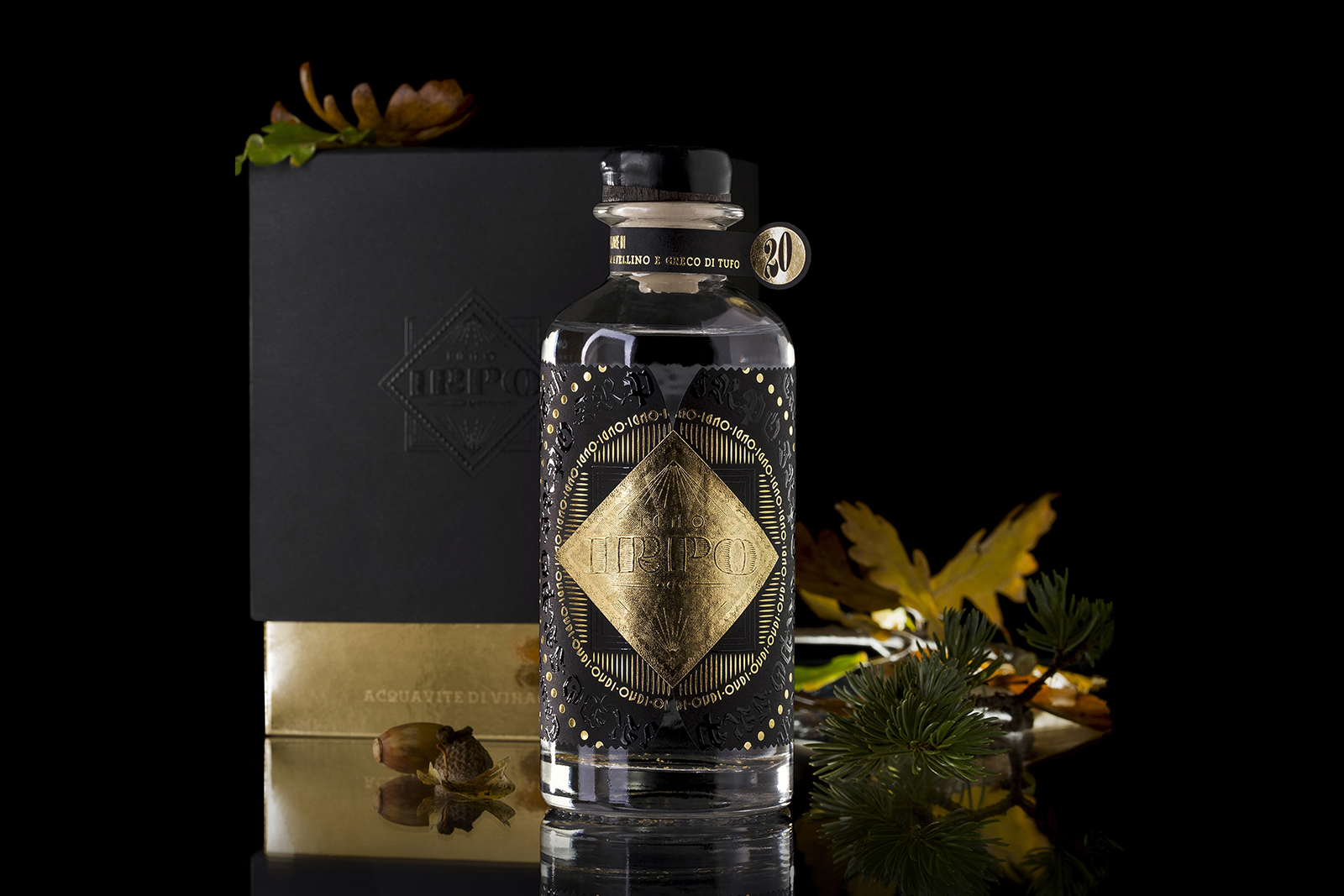 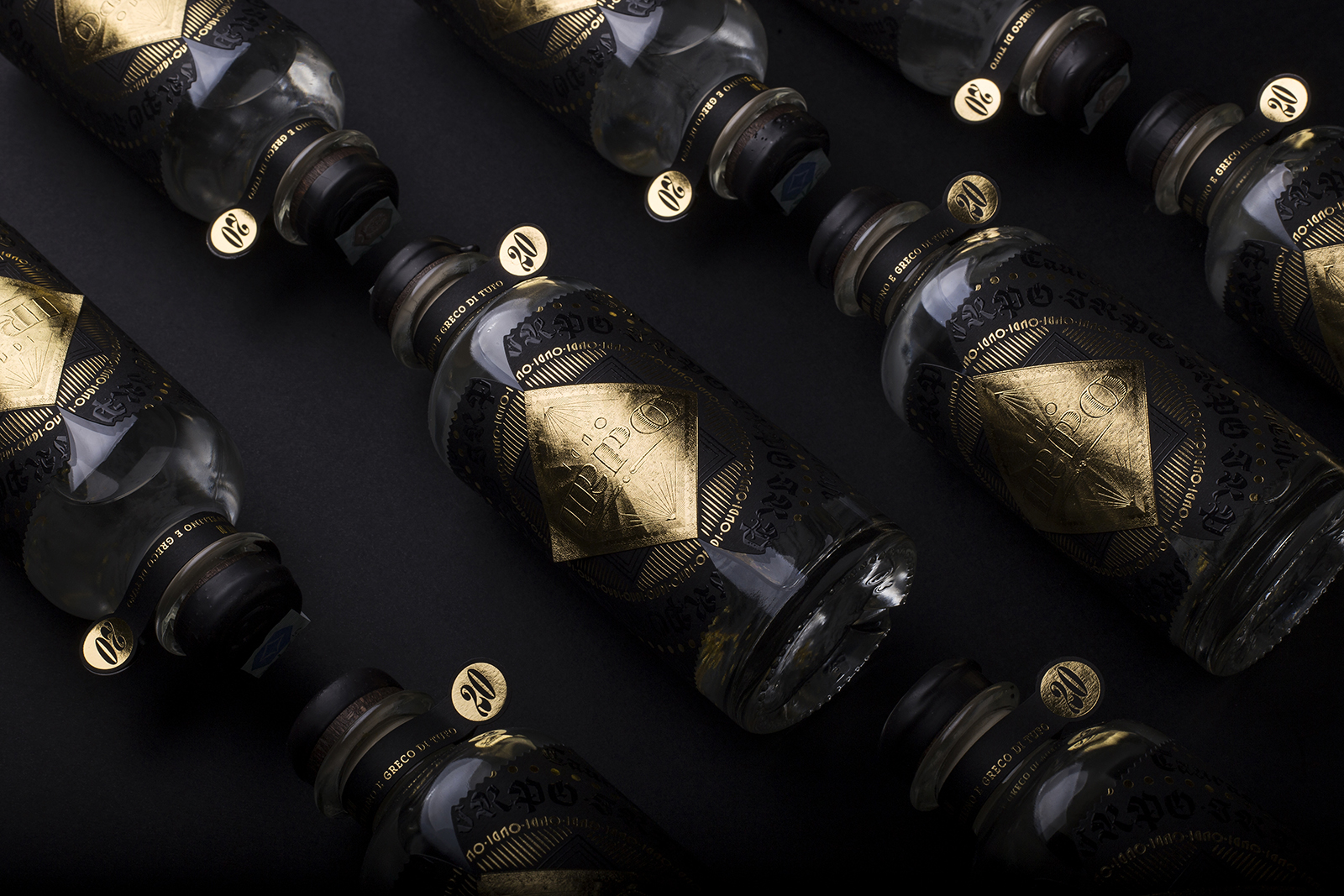 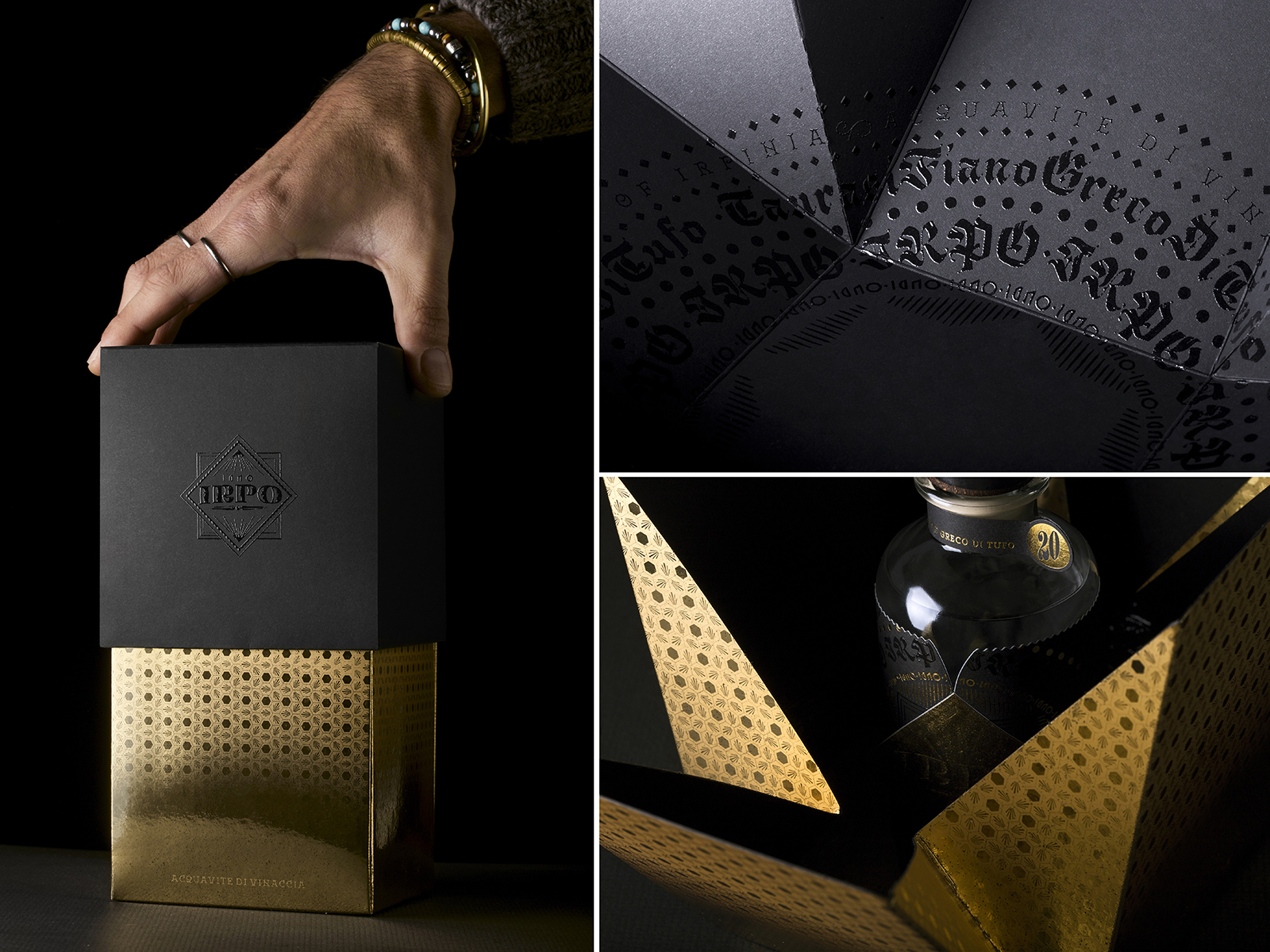 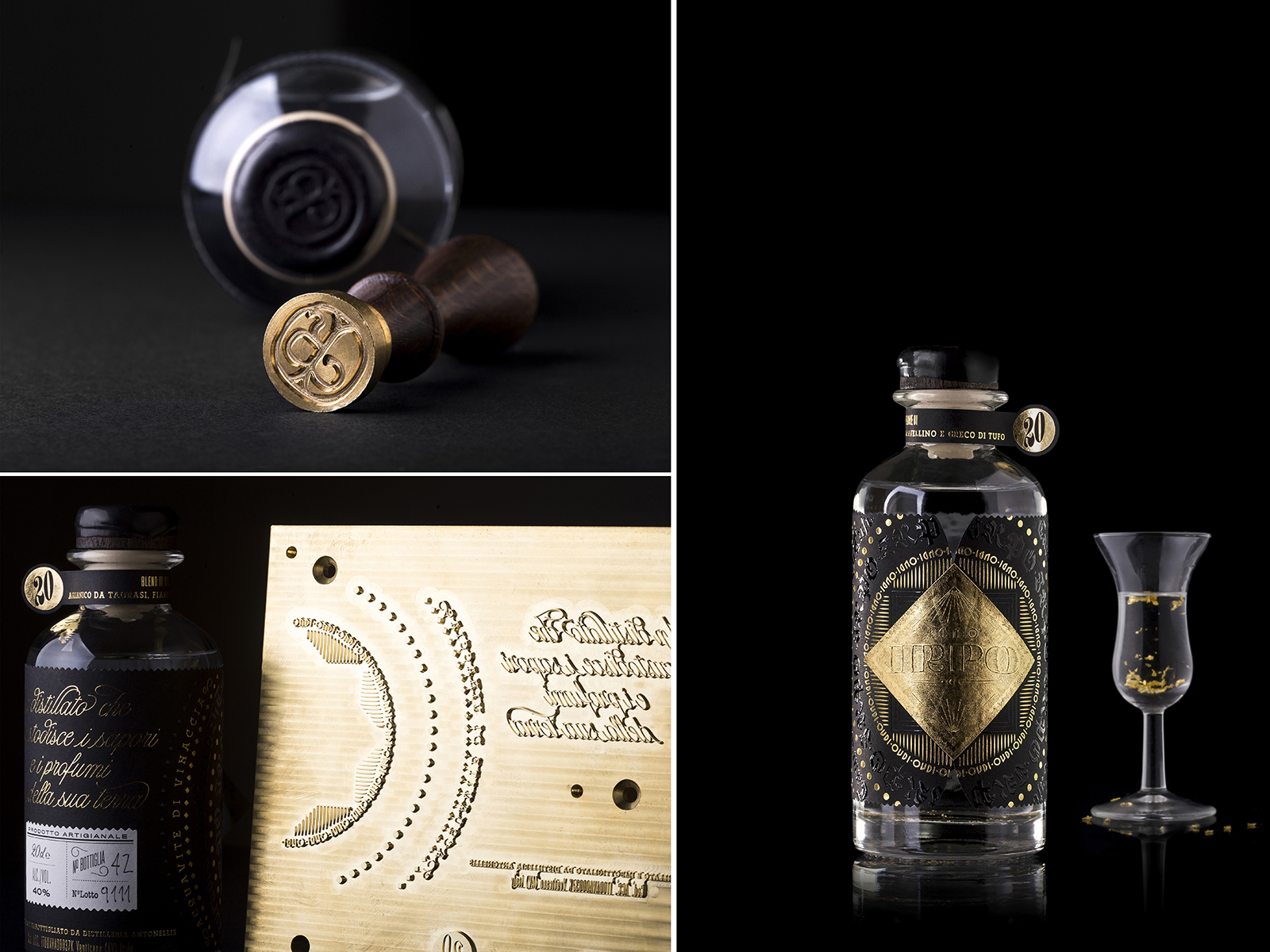 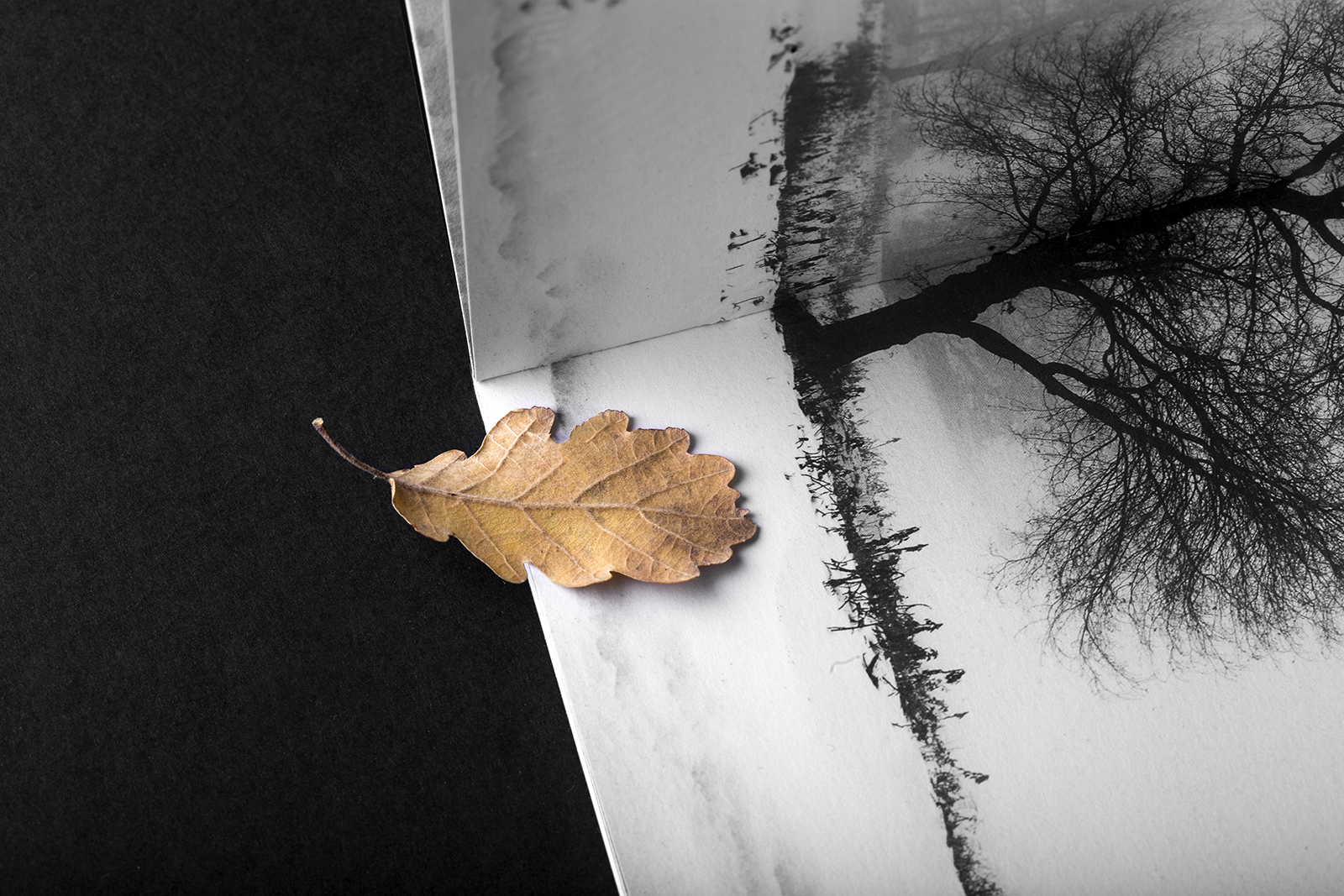